This time last year I took a day trip to Toledo, Spain. My friends and I travelled from Madrid to Toledo and planned to attend Mass in the famous cathedral there, which we did. After Mass in a tiny side chapel, we thought we might also visit the massive cathedral but it was completely barred off and we quickly learned that there was no way for mass-goers to visit the cathedral without becoming tourists and paying 10€.

I had seen photos of the interior of the cathedral, prompting me to want to visit once in person.

I enjoyed browsing the El Greco paintings in a nearby museum more, except the museum was closing in 15 minutes and I remember the staff shooing everyone out.

When I saw Stars of David along the streets and some kitschy Jewish items for sale by vendors in a city from which I knew Jews had been expelled centuries ago, I began doing some Wikipedia research and read this:

That made it rather uncomfortable, to say the least, for me to enter, Santa María la Blanca, the oldest synagogue building in Europe still standing, now owned by the Catholic Church.

As this NPR article says, “Sefarad means Spain in Hebrew, and the term refers to Jews of Spanish descent. But not a single employee of Toledo’s Sephardic Museum is actually Jewish.”

As I was leaving the Toledo, I saw this children’s book in a gift shop: 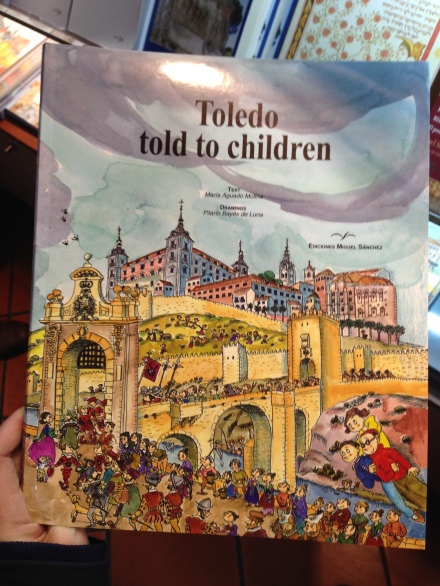 Going through my photos from this day trip, I found a photo I took of the menu in the restaurant where we ate lunch. It is, perhaps, the most convincing reason why people should not use Google translate: 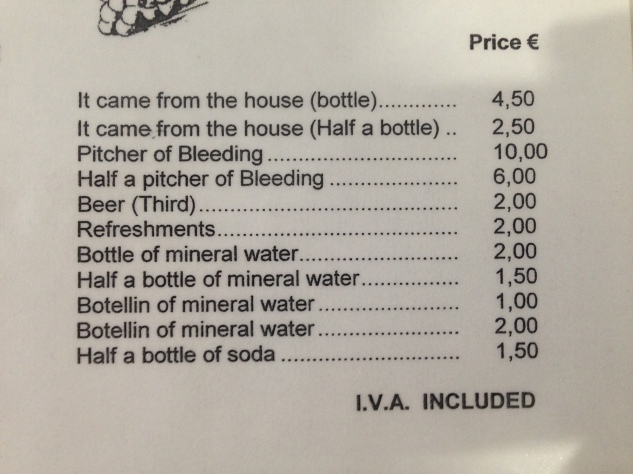 I probably won’t ever go back to Toledo, so those are my memories. 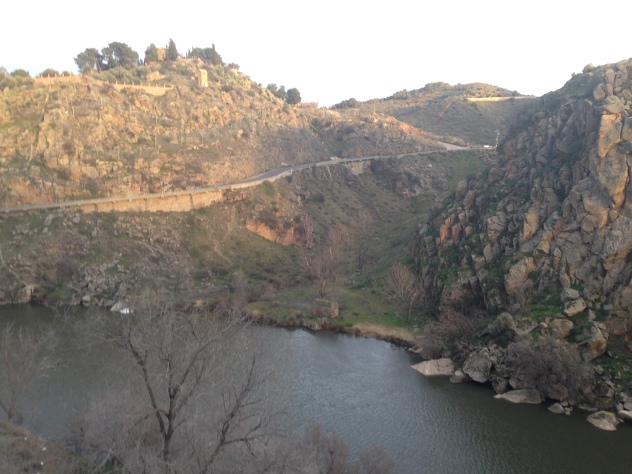