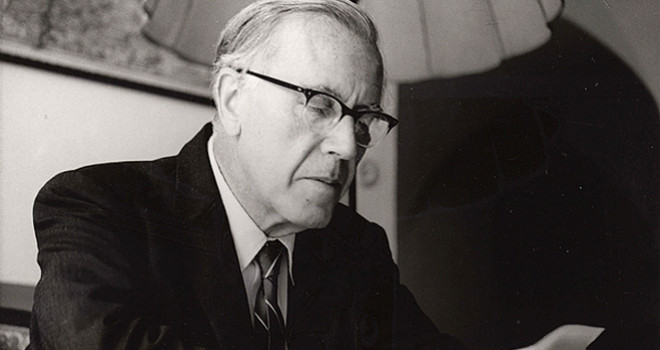 This evening I read the second chapter in Dietrich von Hildebrand’s The Art of Living. The topic of this chapter is faithfulness, which Hildebrand describes in its large sense as “the continuity that first gives to a man’s life its inner consistency, its inner unity.”
Faithfulness is about having a permanent relationship than transcends “the liveliness of impressions” and the “tyranny of fashion.” Speaking more concretely, Hildebrand offers the example of how our love for someone “remains living in the depth of our souls, even though we are occupied by work, and it constitutes a sort of background against which different events run their course.”

Faithfulness implies continuity between the past, present, and future. It affirms the unity of a person’s life and the oneness of a person’s soul. This continuity is crucial for the proper development of a human personality. “The constant man alone,” Hildebrand says, “will be able to assimilate contradictory impressions, so as to draw that which is good out of each. He will learn from every situation of life and grow in every situation, for in him the genuine measure of values remains alive…”

The faithful person is anchored by true values that give orientation, interpretation, and meaning to all of the events of his life. Even in the “humdrum moments”, a faithful person who has been nourished by true values will stand firm and “live from the depth” of these values with which he is acquainted, in which he has steeped, and to which he is attracted with an undying resolve and admiration.

This chapter reminded me of a brief introduction someone made of himself when going around the table at one of the summer programs I attended. He reflected on having grown up in one state and then having moved suddenly with his family to another. “And when I was jolted by this move as a teenager and found everything around me to be different, I realized then that the only constant thing in my life was God.”

It is worth contemplating that to which and to whom we have a permanent relationship. May we allow ourselves to be “lastingly influenced” by the good, true, and beautiful values that are for us, as Wordsworth says, “life and food for future days.”